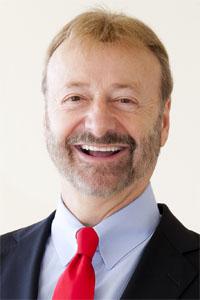 Gene Iredale has tried over 200 cases to verdict in federal and state courts, in criminal and civil cases. He has been in private practice for over thirty-five years. Gene has practiced in the Courts of Appeals as well, having argued more than 50 times before the Ninth Circuit, more than 20 times before state appellate courts, and twice before the U.S. Supreme Court.

"Mr Iredale had proved to be a formidable adversary ... Were I in petitioners position I’m sure I would want Mr. Iredale representing me too. He did a fantastic job in that trial."
Justice Marshall, dissenting in the United States Supreme Court decision in United States v. Wheat, 486 U.S. 153 at 171 (1987)(quoting the district court)

Gene has been listed for over thirty years in Best Lawyers in America (white-collar criminal defense, non-white collar criminal defense and civil rights law). He has a rating of AV from Martindale Hubbell. Eugene Iredale is a specialist in federal criminal law certified by the State Bar of California Board of Legal Specialization.

Mr. Iredale has tried over 200 cases to jury verdict in the state and federal courts in California and federal district courts across the United States. In the criminal defense arena, Mr. Iredale has handled many high-profile and difficult cases.

Mr. Iredale has defended a charge of double murder in Carmel Valley, California (People v. Valentine). In that case, former Torrey Pines High School student Alex Valentine was accused of murdering his parents so they would not learn that he flunked out of Harvey Mudd College.  Mr. Iredale defended a day-care operator from Del Mar, California who was accused of shaking a 13-month-old boy to death (People v. Basuta).

Mr. Iredale successfully overturned two consecutive life sentences of a Mexican national convicted of murder in an ambush-style slaying in Chula Vista, California (People v. Marron). The Court of Appeal overturned the conviction after Mr. Iredale presented evidence that the jury foreman and another juror argued during deliberations "If a Mexican has a gun, he is guilty", "The illegals are... coming here and shooting up... and getting away with it." In overturning the conviction, the Court of Appeal held that such jury bias violates the Constitutionally guaranteed right to a fair and impartial trial.

Mr. Iredale defended a 25-year-old man who was accused of the hammer -slaying of retired Navy officer George Elmer Clark (People v. Avalos). The defendant ultimately pled guilty to a charge of accessory and received a sentence of 4 years.

Gene Iredale has tried serious criminal cases involving indictments for the manufacture, trafficking and sale of drugs. He won the acquittal of a former Chicago police officer accused of conspiracy to distribute cocaine (United States v. Mores), and the acquittal of an El Cajon businessman accused in a conspiracy to distribute methamphetamine after 10 pounds of methamphetamine were seized in his automobile repair shop (United States v. Reed).

Gene Iredale has successfully defended persons accused of various crimes related to sex and pornography. He successfully defended a fellow lawyer who was accused of conspiracy with a county jail inmate to use newspaper advertisements to solicit females under 18 years of age to pose for nude pictures (United States v. Sanchez). Mr. Iredale defended Helen Klarissa Mueller-Beilschmidt against prostitution and pandering charges related her alleged association with the convicted "Rolodex Madam" Karen Wilkening (People v. Mueller- Beilschmidt). Mr Iredale was retained to defend a licensed physician against accusations by five female patients that they had been sexually battered while under his care (People v. Sinha). Mr. Iredale is involved in cases dealing with the area of sex on the internet. He was retained to defend a Rancho Santa Fe man that was accused of having sex with a fifteen year old boy met on the Internet (People v. Dahlberg).

Law enforcement personnel spend a lifetime trying to catch and convict law breakers. However, when law enforcement is accused of breaking the law, they go to Gene Iredale for a defense.

Mr. Iredale was hired by a former Immigration and Naturalization Service officer (and Navy SEAL), to defend him against charges that he threatened women that he would withhold their border crossing cards unless they had sex with him (United States v. Toothman).

Mr. Iredale represented a former San Diego and National City police officer who was charged with conspiracy to commit burglary and conspiracy to commit grand theft (People v. Smith). The charges were brought against Smith after he filed a multimillion-dollar lawsuit against the chief of police stemming from a brawl involving former San Diego Chargers defensive end Fred Robinson.

Mr. Iredale successfully defended a veteran United States Border Patrol agent against charges that he and another agent assaulted a physician by the border and then conspired to cover up the beating. The District Court eventually dismissed the charges against Mr. Iredales client (United States v. Jarvis).

Mr. Iredale was hired to try a case in which his client was accused of loan sharking and racketeering (United States v. Matranga).

Mr. Iredale defended a lawyer accused of aiding a fugitive (United States v. Prantil); a 46-year-old clinical psychologist who worked with troubled youths against charges that he possessed methamphetamine for distribution and possession of a sawed-off shotgun (United States v. Waite); a fortune teller accused of swindling hundreds of thousands of dollars from victims by putting phony curses on them (People v. Marks) and bikers who were charged with stockpiling explosives and unregistered firearms to prepare themselves for confrontations with other biker gangs (United States v. Chavez).

Mr. Iredale has prosecuted cases on behalf of:

Doe v. Doe: This was a case of road rage. The plaintiff was driving home from work. The defendant, a retired lieutenant commander in the United States Navy, was returning home from teaching Navy SEAL gun safety at NAS North Island. The defendant claimed he was cut off by Plaintiffs car, and he began pursuing the plaintiff through a rural neighborhood. The defendant pulled a semi-automatic handgun from under his seat and fired twice as the plaintiff sped away. Neither bullet hit the plaintiff. The jury awarded the plaintiff $507,000 in lost earnings, medical expenses and emotional distress. Plaintiff agreed to forego the punitive damages phase of the trial in exchange for the defendant not appealing the verdict.

Davis v. San Diego Police Department: The plaintiff, Keith Davis, was standing outside Qualcomm Stadium before the fifth game of the National League playoff series between the San Diego Padres and the Atlanta Braves. Mr. Davis was waiting for a friend. A San Diego police officer drove up and told Mr. Davis to leave, or else he would be arrested for scalping tickets. Mr. Davis, a black man, demanded to speak with that officer’s supervisor. Before the supervisor arrived, San Diego Police Officer William Cahill arrived, frisked and searched Mr. Davis for weapons, and then arrested him for battery on a police officer (Officer Cahill alleged that Mr. Davis "pushed" him). Mr. Davis was booked and released several hours later. The District Attorney’s office filed criminal charges against Mr. Davis, which were subsequently dismissed for lack of evidence. Mr. Iredale represented Mr. Davis in a lawsuit against the San Diego Police Department, alleging that the officers violated Mr. Davis’ civil rights under California state law and the Fourth Amendment to the United States Constitution. The police department offered Mr. Davis $2,500 to settle the case before trial. The case was tried in October of 2000 and the jury awarded Mr. Davis $75,000 against Officer Cahill. The jury also found that Officer Cahill acted with malice so the Superior Court judge ordered a punitive damages phase of the trial to begin. Minutes before the opening statements in the punitive damages phase of the trial, the City of San Diego agreed to pay $150,000 to Mr. Davis.

Doe v. Doe: Mr. Iredale brought a lawsuit on behalf of a man who was arrested in California and held in a San Diego jail. The State of Indiana then sought extradition, and hired a private extradition business to transport Mr. Iredale’s client from California to Indiana. The company loaded the client into a small cage that was built in the back of a van, and kept him shackled and handcuffed for seven days as the van drove from California to Washington state, back to California, and then eventually east to Indiana. Mr. Iredale’s civil lawsuit alleged that his client had been treated in a cruel and unusual way in violation of the Eighth Amendment to the United States Constitution, and that the defendants conduct was outrageous. After two weeks of trial, the case was settled for a confidential amount.