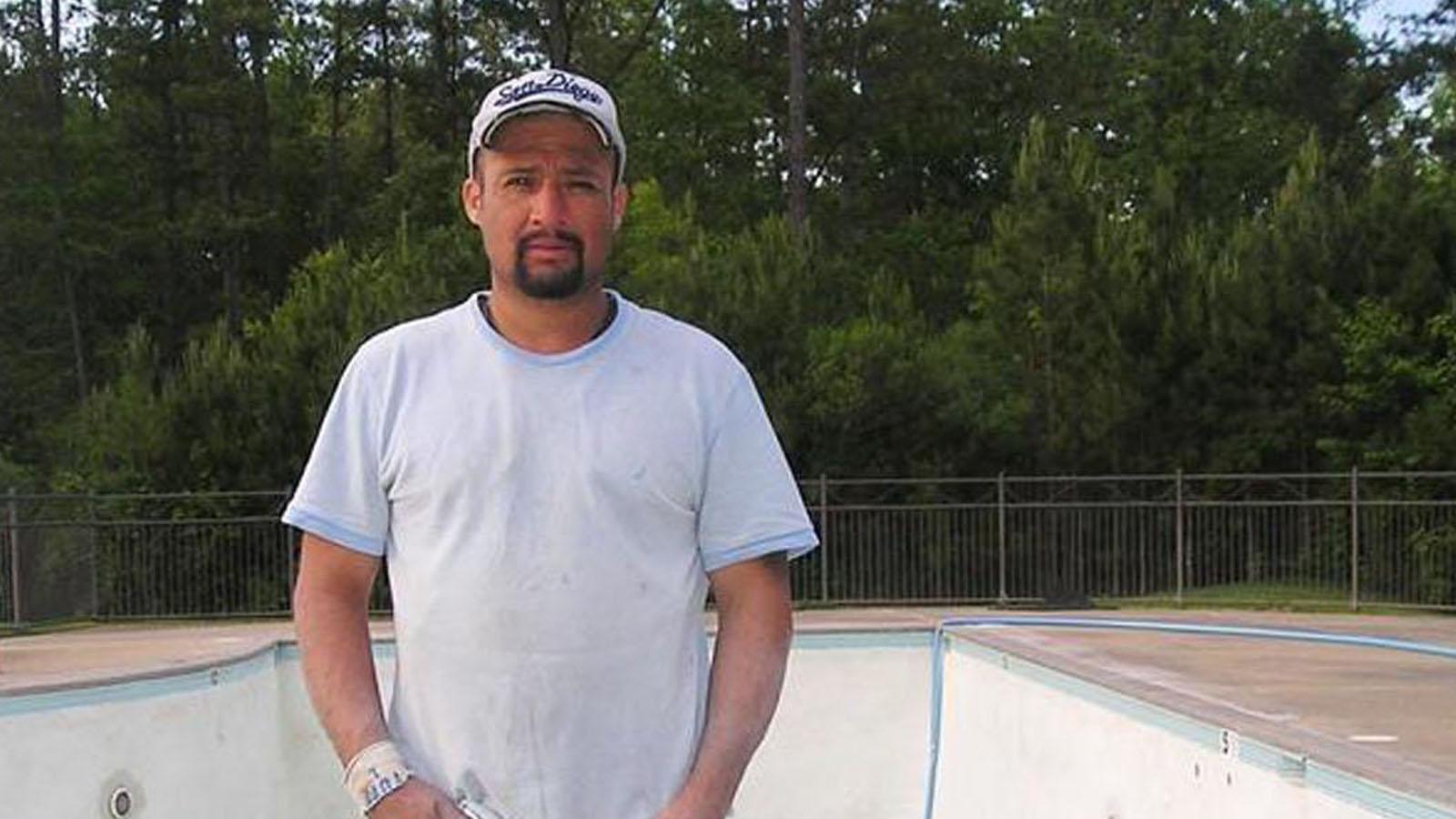 On May 28, 2010, at the San Ysidro Port of Entry in San Diego, California, a witness recorded the sounds of Anastacio Hernandez Rojas in the last moments of his life:

On that date, seven known independent witnesses watched as federal agents swarmed Anastacio, smothering him with their weight as he lay on the ground in handcuffs, kicking him, ripping off his pants, and repeatedly tasing him. The officers only ceased brutalizing Anastacio when they realized he had stopped breathing. He was taken to a hospital that night and declared brain dead upon admission.

Two witnesses, Ashley Young and Humberto Navarette, recorded video of  parts of the incident. Humberto, who stood at the ground level, recorded Anastacio’s pleas for help. Ashley, who recorded video from a pedestrian overpass bridge, captured video of 15-20 officers swarming Anastacio as he lay handcuffed on the ground. Ashley captured the moment when one CBP officer, Jerry Vales, repeatedly tased Anastacio.

During her deposition, Ashley testified as follows regarding Vales’ tasing of Anastacio:

But for the actions of government agents, more video evidence of the incident would have existed. As Ashley was recording the incident, an officer screamed to “keep on walking.” Defendant Ramon De Jesus, a Customs and Border Protection supervisor, and other government agents seized cell phones and deleted video evidence of the events. During her deposition, Ashley described how an officer confronted a young Hispanic couple who witnessed the beating of Anastacio in order to confiscate their cell phones:

Q Now, you saw a couple who was there at the time; am I correct?
A Yes.
Q Could you describe the couple?
A They were Hispanic. And I remember the woman had short brown hair and she was taller than me. So I would guess that she was about five-nine.
Q Approximate age?
A Probably in their late thirties.
Q Younger people?
A Younger people. Before '87.
Q And -- and did I understand you to say that the agent -- there was an agent who stopped them?
A Yes.
Q Where did the agent stop them?
A At the end of the spiral ramp.
Q And the agent asked them what they had been videotaping?
A He said, "What did you record?" while motioning for their cell phones. We're gonna -- and then he said, "I'm gonna delete it. We're gonna delete it.

The PBS documentary and Ashley Young’s video of officers brutalizing Anastacio Hernandez Rojas prompted members of Congress to demand reviews of the incident and reformation of Custom and Border Protection’s use of force policies. Members of Congress requested the Department of Homeland Security, Office of the Inspector General for DHS, and the Department of Justice to review the circumstances surrounding Anastacio’s death at the hands of federal law enforcement officers:

The DHS Inspector General issued a report summarizing its findings.

DOJ officials ultimately closed their criminal investigation, determining that there was insufficient evidence for a criminal prosecution.

Anastacio Hernandez Rojas’ family, dissatisfied with the failure of the United States government to hold officers accountable for their conduct, persuaded the Inter-American Commission on Human Rights, an international tribunal, to initiate an investigation to determine whether U.S. officials tortured and killed Anastacio. The commission is part of the Organization of American States, of which the United States is a member. More information regarding the efforts of Hernandez-Rojas family to hold government officials accountable for killing Anastacio can be found here.

Crossing the line at the border

In partnership with the Investigative Fund of the Nation Institute, Need to Know investigates whether U.S. border agents have been using excessive force in an effort to curb illegal immigration. Eight people have been killed along the border in the past two years. One man died a short time after being beaten and tased, an event recorded by two eyewitnesses whose video is the centerpiece of the report.

One Widow's Quest to Make Border Patrol Pay for Killing Her Husband
Vice
May 31, 2010
Her husband died after being beaten and tased by border agents, and now Maria Puga gets a chance to shame the United States in an international tribunal.

New video in 2010 Taser border death
San Diego Union Tribune
April 19, 2012
The tasing death of Anastasio Hernandez Rojas involving Border Patrol agents is the subject of a new documentary to air Friday on PBS. The program reveals new footage that shows a crowd of agents surrounding Hernandez Rojas while he lays on the ground.

Crossing the line at the border
Public Broadcast System
April 20, 2012
Eight people have been killed along the border in the past two years. One man died a short time after being beaten and tased, an event recorded by two eyewitnesses whose video is the centerpiece of the report.

A Virtual Reality Demo with a Social Impact
The Daily Beast
January 15, 2015
‘Use of Force’ created by game developers to recreate undocumented immigrant’s death. Watch as unsuspecting BuzzFeed staffers test out ‘Use of Force’—an experience based around the real-life death of Anastasio Hernandez Rojas, an undocumented immigrant who was beaten to death by U.S. Border Patrol in 2010—and then talk about how it affected them.

No charges for U.S. officers in border death
San Diego Union Tribune
November 6, 2015
No criminal charges will be filed against the federal law enforcement officers who beat and Tasered a Mexican man in a deadly confrontation at the San Ysidro border crossing, the Justice Department said Friday.

Federal Officials Close the Investigation into the Death of Anastasio Hernandez-Rojas
US Department of Justice
November 6, 2015
The Justice Department announced today that following a comprehensive investigation it will not pursue federal criminal civil rights or other federal charges against the federal agents involved in the in-custody altercation that resulted in the death of Mexican national Anastasio Hernandez-Rojas.

Death of Anastasio Hernández-Rojas
Wikipedia.com
The death of Mexican citizen Anastasio Hernández Rojas was allegedly caused by a heart attack due to physical exertion during a fight with Border Patrol Agents and methamphetamine poisoning[2] and occurred in May 2010. The controversial death of Hernandez-Rojas occurred after a US border deportation dispute involving Federal agent use of taser(s) and alleged excessive force has caused a demand by Mexican government for a through investigation.

$1M settlement reached in border death lawsuit
San Diego Union Tribune
February 23, 2017
The U.S. government has agreed to pay $1 million to settle a lawsuit that accuses federal border officers of beating and Tasering a handcuffed Mexican man at the San Ysidro Port of Entry in a confrontation that ended in his death.

San Diego judge poised to approve $1 million settlement in border death case
San Diego Union Tribune
March 2, 2017
A San Diego federal judge on Thursday tentatively approved the U.S. government’s offer to pay $1 million to the children of a Mexican man who died after being beaten and shot with a Taser at the San Ysidro Port of Entry, ending seven years of litigation in the lawsuit that has brought national attention to use of force at the border.

'My Husband’s Life Does Not Have a Price': Wife of Man Slain in Border Patrol Custody in 2010
NBC 7 San Diego
March 2, 2017
A federal judge approved a $1 million legal settlement for the family of a man killed in U.S. Customs and Border Protection (CBP) custody in 2010.

California border death: $1 million settlement for Mexican man’s children
The Mercury News
March 3, 2017
A federal judge tentatively approved an agreement for the U.S. government to pay $1 million to the children of a Mexican man who died after being detained by immigration authorities and shot several times with a stun gun.

Border agents beat an undocumented immigrant to death. The U.S. is paying his family $1 million.
The Washington Post
March 28, 2017
The story of Hernandez’s 2010 death at the Tijuana-San Diego border, backed up by the video on that card, exemplified the brutality of the law enforcement officers who patrolled the border and the impunity with which they act, advocates for Border Patrol reform say.