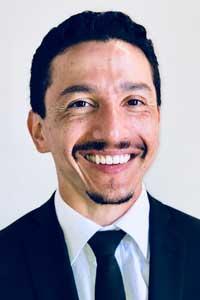 Richard Cummings is a paralegal at Iredale and Yoo, APC. Richard assists in civil litigation and criminal defense. Richard works closely with the team of attorneys at Iredale and Yoo to ensure all the needs of the clients are met. Richard assists with all aspects of file management and organization, including drafting pleadings and discovery requests and responses, trial preparation and support, communicating with clients and related parties.

Richard had an early interest in law, volunteering as a San Diego Police cadet as a teenager. After earning a Bachelor's degree in Religious Studies from San Diego State University, he lived, worked, and studied meditation full-time at a local Zen temple for 8 years. During this time, he volunteered for the Prison Meditation Project where he facilitated meditation and council focused communication groups with inmates at Richard J. Donovan Correctional Facility. In 2017, Richard earned a Paralegal certificate from the University of San Diego and worked as an intern Paralegal at the Office of the Primary Public Defender and the Office of the Assigned Counsel.

Born and raised in south-east San Diego, Richard is a grateful native of southern California. Richard is a performing musician and regularly attends concerts. Richard enjoys practicing martial arts, bicycle riding and commuting, as well as camping and hiking. Richard and his wife have two cats and they all enjoy meditating together.